I've been in several bands during my stint as a musician, including the ones listed below. I'm mainly a guitar player, and recently a piano player, but I like playing any instrument I can get my hands on.

This is my current project. I started this band many years ago as a solo project, and have worked on it on and off over the years. There is no officially released album as of yet.

This was the band that marked my having come full circle in my musical journey through life — it reunited me with the Chicago music scene, coincided with the revamping of my record label, and framed a time during which I was making some decisions about life that took me in a whole new (better) direction. It was also the first band in which I did not play guitar, playing bass this time around.

We managed to put out a 3-song 7" ep on vinyl before we parted ways.

This is the band that I seem to be most known for, although most of the band's success came after my departure. I was a founding member of the band and played several of the early shows with them.

I was very happy to see the band's phenomenal success over the years. 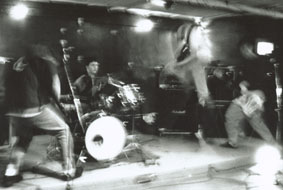 Of all the bands I've been in, I'd have to say this is probably the one I enjoyed the most. We had a fun group of musicians and all got along very well. We released an album on cassette, and there are several live recordings floating around as well. We also played live on the radio at WDGC, which was at the time a very happening radio station in the western suburbs of Chicago. 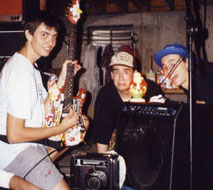 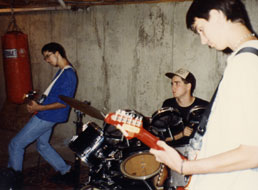 This was perhaps the most punk rock of all the bands I've been in. It was good fun. We had some demo tapes, but no official albums released. 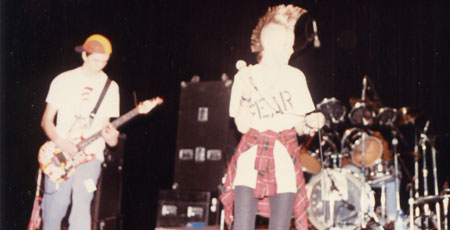 Inkadink at Downers Grove Battle of the Bands (1992)

This was a fairly short-lived band. Sort of a mix between punk rock and metal. Had some good fun with this band, but unfortunately it never made it very far.

This band was a bit of a reshuffling of some of the members of Stand Still. Didn't last very long, but we did make some t-shirts!

This was the first "real" band I played in. We played our first live show at the Shakefork Manor in early 1991.

This was my very first attempt playing in a band. We never played a live show, but had some good fun anyway. Incidentally, this is the band from which I got my moniker "Pete Corruption."